If you could take over the World, would you? 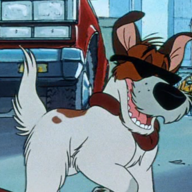 So, a few words for context.

You have ultimate Power. The exact nature of this Power is irrelevant, you can be Superman, you can be a Skywalker level Force User, you've become the first person to discover and master Magic or maybe you are just a super connected and ultra persuasive Illuminati Person. That's up to you. All that really matters is that you cannot be stopped. You could not be removed. Essentially making the free will of the human population irrelevant.

Note, I am not saying that you must achieve so by nefarious means, for all I care you can decide that people would totally be ok with you taking over because you cured cancer and aging and would literally roll out the red carpet. One rule though, you can't do EVERYTHING. The point here isn't that you tell a fantastical story about how you'd magic up solutions to all of humanties problems.

So, with all that said.

Would you take over the World if you could?

If yes, what changes big and small would you make effective immediantly?

I'd think most any people would be lying if they said no.
Even me, and I'm not much for standing in the limelight or ordering people about.
So I'd act more like a guide and propose avenues of research.
Yes. Research. I'd make Transhumanism and space exploration as viable as possible.
I do believe that most anything is possible with enough technology.
In the end I'd make us a post-scarcity society and see myself transform my Earth Empire into a benevolent Space Police, monitoring that people don't usurp and abuse the power that our new society grants us. There will be planets trying out all manner of voluntary social experiments of governance. Planets are first come first serve..maybe even solar system. And each person is encouraged live their own life, doing what they most enjoy, and reaching their dreams. Under my Libertarian ruleset of maximizing personal liberty without encroaching on others. My governing body would deal with policing and politics between sapients only.

Sigh..a man can dream can't he?

I'd still rather have that behind me as I explore the galaxy though.. 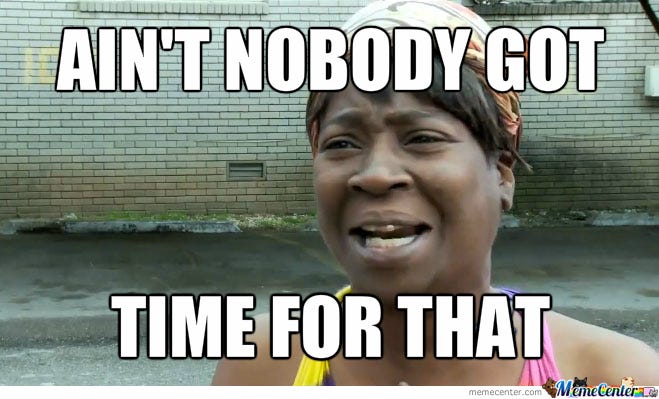 Yes. And so many things. So many fucking things.

Well, what would you do?


Arnox said:
Yes. And so many things. So many fucking things.
Click to expand...

No, even if Vendor thinks I'm lying.

Yes, and if i took over the world/came to power I'd do pretty much the same as vendor

OK so Mono asked for this, so he's gonna get it. A disclaimer though. If I were REALLY appointed to rule the world, I would take some time to consult with a ton of experts before I implement anything at all. Having said that, this list can be considered a rough outline of what I would aim to do. So let's start out with first priorities.

1. I will delegate candidates to run other countries and I will run the U.S.

I can't do everything in the damn world so I'm just gonna focus on national matters. Specifically on my home continent. Besides. I don't think a world government is a good idea anyway. Hopefully the candidates I pick will follow my lead. Once they and/or I die, the positions will all become election-based.

2. All changes I make to the U.S. will not take effect until next year or so.

Implementing policies IMMEDIATELY is rarely a good idea and it's not fair to a lot of people, so there will be a reasonable transition period to get everyone acclimated to the new rules. Until then, we'll just run on current U.S. laws (now hereafter referred to as the legacy U.S. laws).

3. National infrastructure will now be enhanced and hardened against attack and incident.

The backbone of the U.S. is WOEFULLY insecure. A few explosives in the right place could shut down an entire city. Maybe more. Not to mention any potential EMP blasts given off by solar activity that could completely TEAR THROUGH all our electrical systems and take YEARS to fully replace. And then there's the potential massive data loss. This is absolutely unacceptable from a defense standpoint, a preparedness standpoint, a financial standpoint, and a citizen standpoint. While I understand that we can't prevent every single bad thing that might happen, we can certainly do a WHOLE lot better than this.

4. Nuclear power will now be fully funded along with ways to recycle and safely dispose of waste.

We should have been transitioning to nuclear power a long time ago, but for whatever reason, that never really happened.

5. The U.S. Prison system will be overhauled and the death penalty will be brought back for sufficiently heinous offenses.

Fines will be used as the main penalty for law-breaking, and making our prisons into actual rehab facilities is definitely something I'll look into. The death penalty though is not to prevent crime but rather to make sure perpetrators of horrible actions (such as rape and murder) don't do so again and because of, believe it or not, humane concerns. The deaths will not be elaborate or painful at all. A quick bullet to the head will be enough.

6. A sufficiently large area of land will be set aside for exiling constant repeat offenders.

For those whose crimes do not warrant the death penalty at all but who have shown that, no matter what, they cannot live in civilized society, will have their citizenship stripped and sent to an entirely lawless area. They will also be sterilized prior to being sent there. Once sent here, there is no going back. One way in. No way out. People can also, for whatever reason, choose to be sent here as long as they have not committed any crimes that warrant the death penalty as long as they fully understand that they cannot come back. Anyone that is seen trying to escape the area or forcibly enter it will be killed on sight.

7. Until a better system is thought of, we will go back to how medical insurance was handled in the 1990's.

Right after Obamacare (the ACA) went into effect, everything went wrong and it's been shit ever since.

8. Lobbyists are illegal. Lawmakers can setup conferences with experts though in group.

Lawmakers should be in touch with their voting population when they get into office. They work for the people, not money. And money should never be needed to get them to listen.

9. Elections and government office will be overhauled.

A week or so before elections, dossiers will be compiled from all registered candidates and sent to all voters. Such dossiers will include psych profiles, financial statistics, basic life history, and, of course, the goals they will strive for while in office.

10. Elected officials will earn as much as an average American makes and NO MORE.

Financials will be audited randomly by the judicial system to make sure there are no discrepancies.

11. To compensate elected lawmakers for their time, incentivize running for office, and to help stave off corruption, a very nice retirement package and benefits will be given after their term is over.

If you're elected and you haven't gone afoul of the law in any major way, then you will be set up very nicely. BUT you can never return to office. Once you're done, you're done entirely.

11. If a lawmaker votes to go to war with another country and the vote passes, they MUST serve in combat in the military as well.

I don't care if the lawmaker is deaf, mute, and in a wheelchair. They WILL serve on the front lines somehow. If they survive and come back, they will get full retirement benefits as usual for lawmakers along with the usual military honors, if any.

12. The Bill of Rights will be rewritten and extended along with reasoning for all rights listed.

Amendments to the Bill of Rights include a specific and unalterable right for citizens to buy any weapons necessary to defend themselves and their families as long as the device in question cannot affect more than 50 yards from the epicenter of the weapon impact. Nuclear weapons above a certain amount (once again anything affecting more than 50 yards) and other such insanely destructive devices will continue to be under the jurisdiction of the government and little, if anything, will change in that regard. Citizens are allowed and also encouraged to open-carry. Beyond that, there will also be extensions for a citizen's right to privacy on both the government and consumer level.

13. ISP's will no longer have enforced state monopolies. Net neutrality will not be repealed.

14. Standardized testing for schools will be greatly decreased, if not eliminated entirely. Schools will be audited in other ways.

There are also other problems with the education system in the U.S. as a whole, mostly to do with the RAMPANT costs for post high school education. I'd have to look into that some more though.

15. Job applications will now be standardized.

16. Major company fines will be a certain percentage of profits or revenue instead of a set amount.

No, companies are not just gonna pay pennies, relatively speaking, for their massive mistakes anymore.

17. Monopolies will once again be actively tried and broken up.

Holy shit does this need to happen. Further laws will also be drafted for certain internet monopolies as well. (Active userbase exceeds 100,000 users.)

18. Copyright lasts 10 years then it will fall into public domain. 20 years if the copyright holder registers their work for full public display once the copyright is finished.

Maybe once upon a time, copyright wasn't a big deal really, and the massive copyright terms didn't actually affect much, but the times, they are a' changin', and the internet is such a game changer that this cannot be ignored any longer. Grandfathering certain intellectual properties in will not be allowed as well. This change will be retroactive.

19. Immigration laws will be made laxer BUT the borders will be reinforced and any illegal border crossings will be shot or blown up on sight.

I'd like to use automated patrol drones for this, Babylon A.D. style, but if that's not practical, we'll just do it the classic way.

I would have responded yes & given a very long-winded explanation as to the why & how, but to be honest I don't think I would, at least not with the way I think now.

As to what would I do if I'm immortal I'd just dedicate to document the remaining time of human existence and to try to preserve everything so I can eventually show it to aliens long after the inevitable self-destruction of the human race and then I guess I'd wander throughout the universe just peddling for information for the rest of my sad pathetic infinite existence or something.

I would take it over, but by the time the fallout was gone, I would be too old, maimed or dead, so I would leave it for Arnox to run.