How do you feel about President Trump?

I'm politically neutral, so I don't care one way or the other.

But I think the event itself was, and continues to be, very amusing, and will likely continue to provide belly laughs until his term(s) end(s). The people who vehemently oppose him contribute greatly to this hilarity.

For one thing, he's not a "career politician" who worked their way up from local government and eventually became a senator or congressman. He's just a very rich guy. And the system (in theory) allows for nearly anybody to run for President. He ran, he was voted for, and he won. In theory, everything was working as designed, so there should have been no problems, right? Well, apparently not, because as soon as the voting was over, people cried RIGGED, and started pointing fingers in every possible direction.

And God forbid you publicly say that you support the President. You will be harassed, fired, and even assaulted. Just think: to stand by the elected leader of your country will cause you to be crucified by citizens of that same country. That's pretty wild, if you ask me. That seems to go against the entire point of a democratic election, to the extent that these opposers are undermining the political process that is the foundation of their own country. What do they want instead? Are they going to riot every time they are out voted?

What are your thoughts?

I like him. I don't keep up with U.S politics too much, but it sounds like he's been doing an alright job so far, at-least from what I've heard. I'm looking forward to next years election, since that should be an interesting spectacle.

It is not for nothing that Brazil's president is called the 'tropical Trump', despite some differences. Same stupid behavior down here. Supposedly, "democracy died" because he was elected.

I think Trump is too lenient with some groups. Would not mind if he turned it up to eleven.

Houseman said:
And God forbid you publicly say that you support the President. You will be harassed, fired, and even assaulted.
Click to expand...

I support him. I haven't been harassed or assaulted yet, but I haven't gotten a MAGA hat yet. Who knows, I might even get to video a total snowflake meltdown like this: https://www.youtube.com/watch?v=PK-mnbH4s74 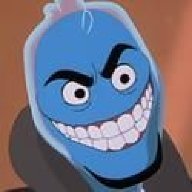 That I find that its going to be a VERY interesting 2020 mid term election if he is still in office by the end of the year.

Lot of potential. Didn't deliver. Improved some things and messed up others.

Be careful though because a former KGB agent (verified) pretty much confirmed that Russia's using social media to create outrages and spark huge divisions in the US. They did this stuff before and now they're doing it here.
Last edited: Jan 18, 2019
You must log in or register to reply here.
Share:
Email
Top