Many people like to excuse action movies riddled to the brim with script problems by saying, "It's just dumb fun. You shouldn't take it seriously." And I kinda get that, but guys, that only works to a point. I'm willing to excuse a few errors, but there's a point where plotholes begin to really pile up. So much so that it breaks the immersion and ruins the carefully built drama. Where the script writers REALLY should have considered just going back to the drawing board. The Tomorrow War is sadly one of those movies.

Now, I know there was some whining online about Chris Pratt in the leading role, but I don't give a fuck about that. He's not the problem at all. His acting's not the problem. No one's acting or casting is the problem. The story is. The story needs a LOT of work. It's got more holes than I have metaphors about holes. We need to start being more discerning in what we accept from Hollywood. Just because something is an action movie doesn't mean it has to be poorly written and doesn't ever excuse it from being so either.

Angry Joe already beat me there. 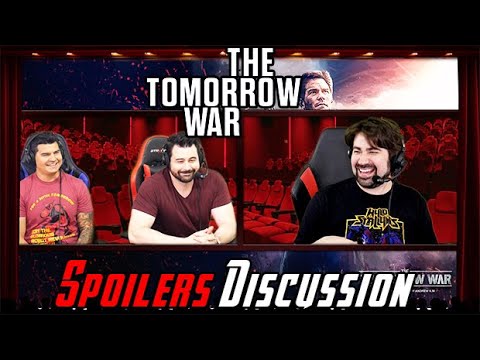