Do you experience gaming burn-out?

yes. been trying to build the motivation to play stuff, but aside from some vr titles, I just can't be bothered. Doesn't help I have tlou pt2 on my desk, and I just cannot bring myself to play it
I think part of the burn out comes from just not wanting to waste x hours playing something that's just meh or fill of busy work, when I could just do something else
God's in his heaven. All's right with the world

Never towards gaming as a whole.

Whenever I get to a huge city in an rpg I almost always burn out and just go through the trial of talking to all the NPCs some other day.
Doesn't stop me from loading up another game though.

Don't play them much now but I remember burning out practicing tracks on rhythm games.
Again, didn't stop me from loading something else up.


gaijinkaiju said:
I have tlou pt2 on my desk
Click to expand...

Gaming used to be my main hobby back when I was a teen, but I rarely ever play anymore, my IRL friends often get mad at me for not joining them for online games, and as you've probably noticed I rarely ever participate in these site's gaming events, part of it is because of scheduling reasons, but another part of it is just that I rarely ever feel like playing.

That being said it does go away every now and then and occasionally I'm able to get really into a game, like for example I've been playing a lot of Fallout: New Vegas, because I was able to get into that, but this is more of an exception rather than a rule as I'll often be trying out games but it's rare that I'll stick with them for more than 1 or 2 hours, like I used to play Racing and ARPGs a lot while listening to podcasts but I haven't done that in years, because IDK games are just not fun anymore.

Some rare few times I don't play game for a week or two. It's not that I don't want to, I just can't seem to muster up enough..passion. Interest. Concentration.
Today's Science-Fiction, Tomorrow's Reality.

Not really, I play something almost every day. What I do get is tired of playing a single game repeatedly, so I take a break from it and play something else until I want to return to finish it. This of course applies mainly to single player games after I've been playing them for a while, but I do it for some mp games too. 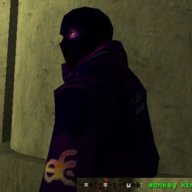 Occupation
Man Behind The Curtain

It really depends on what mood I'm in and how the world is coming at me. There are some that just generate burnout for the mere fact grinds get old, and then you question what all the effort is for something thats a cosmetic doodad or random noisemaker, etc. Also I get burnout easy when my eyes have already been staring at a screen a long time. It wears me out and makes my eyes bleary.
Other burnout comes from being overly obsessed with a game for days, which can also happen pretty easily for me too lol.