Uncharted: Drakes Fortune was Naughty Dogs first title for the PS3 and was a move towards a more realistic game as opposed to their prior cartoonish game series, Jak & Daxter and Crash Bandicoot, Similar in vein to Insomniacs move from the cartoonish style of Ratchet and Clank to the more bland Resistance, though in contrast to Resistance, Uncharted makes use of the rest of the color palette. Drakes Fortune was initially released on the PS3 but as is the nature of the modern game industry, it was "remastered" and ported to the PS4 which is the version I played, though I have also started (but not finished) the PS3 version.

Visually the game looks surprisingly good, thought the character models have a certain smooth look to them though outside of some cutscenes I didn't particularly notice it. There isn't much variety in terms of environment, with it alternating between jungles, ruins, and underground ruins. I shouldn't be surprised considering it's a game about searching for lost treasure so having a section where you roamed around a city or more urban environment would be out of place. Some of the environmental puzzles were frustratingly vague and required more trial and error, and random button pushing than I'd have liked.
There is a cover system because why wouldn't an early seventh gen game have one. It's fine. It has issues, namely just not being great, but it works most of the time. Perhaps the biggest issue is that sometimes you'll snap to cover when you try to roll because they have the same button. The only other issues are with the controls are the lack of a sprint, the mediocre roll and the abysmal "jump' with is more of a hop forward and has a weird floaty feel to it.

Combat is okay. It's a little rough around the edges, but it's not the worst I've ever experienced. You'll be limited to two guns through out the entire gun, one pistol and one non-pistol. I'd have preferred to be able to just have any two guns as opposed to one pistol and one non-pistol, but that's just personal preference. With that being said, not much was on offer, so you'll likely be using the same guns through out the game only switching to new ones when required, but you've got a choice of four pistols and a machine pistol for the pistol slot, along with two rifles, one sniper rifle, one grenade launcher, an smg and three shotguns for the non-pistol slot. Of them, the only viable ones are rifles and two of the shotguns. Everything else shows up show infrequently that using them just isn't possible outside of the sections where you're supposed to.
There is a rather annoying difficulty spike towards the end of the game, where your guns feel like they do nothing against enemies but when used against you they hit like a freight train. I guess they must be catching my bullets to use against me because it got to a point where you'd need three headshots to kill someone, or half a magazine in their body.
The final boss can go fuck himself with his instant kill rifle that tracks your movement even when behind cover.

For the majority of the game you'll be killing pirates and later mercenaries, though aside from the merc's having more have and hitting harder, they are functionally identical. Generally you can tell what gun an enemy is using just by their appearance. Guys with rifles look like generic guys with rifles, Grenade launchers are wearing Hawaiian shirts and boonie hats for what ever reason and guys with shotguns are just fat, so i guess that explains why they can withstand more damage.
Pirates and merc's aren't the only enemies you'll be fighting though, and this is where the game got weird. Towards the end, you'll be introduced to, well frankly I don't know what. The game never specifically explains what they are other than "dead Spaniards", but they appear to be some sort of vampire creatures. They don't have guns, naturally, but they do have a grab attack and a lunge/slash attack that also hits like a freight train. They just kind of appear and are then forgotten about once you leave the ruins.

Story is meh, and forgettable. You're on the hunt for the lost city of El Dorado but, surprise, it's not actually a city its a cursed statue that turns people into vampires or something. I don't know, frankly I've already forgotten by the time I've gotten to this point in the review. It's just interesting enough to keep me playing but not enough that I feel any desire to return to it. The characters are just fine too. The bad guys aren't all that interesting and they all die by the end. Elena Fisher, Nathan Drake and Sully are alright. Couldn't tell you anything more about them, because honestly I can't think of anything more about them. Except for maybe that Tom Holland and Mark Wahlberg are not the right actors to play them in the upcoming movie, but that's supposed to be set before this game so maybe I'll be wrong. Who knows, only time will tell.

Overall the game was fine. For their first venture into a new genre, Naughty Dog did alright. Better than Insomniacs first try at-least.
6/10
God's in his heaven. All's right with the world

I think Uncharted might be one of those you-needed-to-have-been-there games. When it first launched, it felt like a love letter to movies like The Mummy and Indiana Jones that we didn't know we needed until it came out. Tomb Raider originally had that mantle, but I think they went off the rails towards the later games (before the reboot) with a quick and very well executed return to its roots with Tomb Raider: Anniversary and then kinda going off the rails again.

Nowadays, it looks like Tomb Raider has taken back up its original place, and Uncharted just kind of... Drifted off. With all that said, this is all just heavy speculation on my part and memories from the past. I've never played any of the Uncharted games.

Oh yeah. Fun fact. When I was really young, I would mispronounce Tomb Raider as Tumor Raider. It pissed my brother off every time. lol
-

Arnox said:
Oh yeah. Fun fact. When I was really young, I would mispronounce Tomb Raider as Tumor Raider. It pissed my brother off every time. lol
Click to expand...

well she does have two big tumors on her chest, so it's an easy mistake
God's in his heaven. All's right with the world

I really like how, at the end of the second game, the main antagonist calls out Drake on his body count. "How many men have you killed? How many, just today?"

Drake is one of the most lethal protagonists ever. His body count is canonically in the hundreds. Even worse, he is unaffected by the lives that he's taken. He laughs about them. He'll wade through the blood of his enemies, trip over a body, and then come up with a joke about it.

I remember combat also had grenades which by default were set to the controllers motion sense thing for distance.
It was kinda awkward to use but I couldn't find a way to change it so it stayed that way. I think they took that out in the later installments.

This series was pretty great for me, and Uncharted 2 was just... 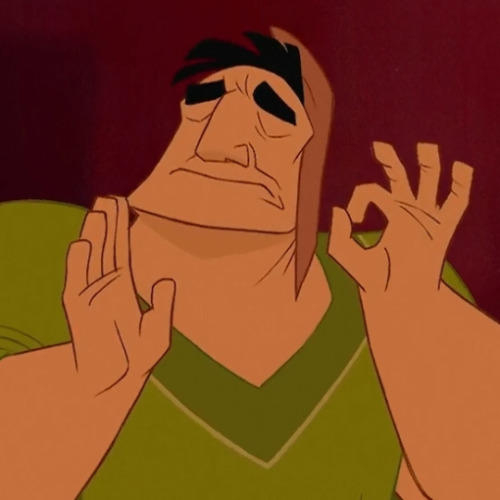