I have a small hobby of saving quotes I like to a text file for later reference. Quotes ranging from the deep to the laughably absurd from a wide array of sources. From that file, I picked out the most recent ones I thought you guys would like. I also excluded ones you guys have already heard before. Enjoy.

The trouble with fighting for human freedom is that one spends most of one's time defending scoundrels. For it is against scoundrels that oppressive laws are first aimed, and oppression must be stopped at the beginning if it is to be stopped at all.
- H. L. Mencken

Isaak: A mistake that, I assure you, won't happen again.
Dexter: We have a cartoon in America about a coyote who chases after a road runner. He keeps thinking that. He keeps rocket-skating right off the cliff.
- Dexter, Season 7 Episode 7

Don’t waste time trying to make him think that materialism is true! Make him think it is strong, or stark, or courageous—that it is the philosophy of the future.
- Screwtape (The Screwtape Letters)

... the culture we have does not make people feel good about themselves. We're teaching the wrong things. And you have to be strong enough to say if the culture doesn't work, don't buy it. Create your own. Most people can't do it.
- Morrie (Tuesdays with Morrie)

Justice... I can't think of another word more loved by the people. It does have a nice ring to it... However... Without ever exercising your own strength, you seek the death of others at the hands of someone else. Huh, well... The justice you refer to smells pretty rotten to me.
- Balalaika (Black Lagoon)

Lloyd: I'm ready for commitment, Harry. The first time I set eyes on Mary Swanson... I just got that old-fashioned romantic feeling... Where I'd do anything to bone her.
Harry: That's a special feeling, Lloyd.
- Dumb and Dumber

The power to cause pain is the only power that matters, the power to kill and destroy, because if you can't kill then you are always subject to those who can, and nothing and no one will ever save you.
- Andrew Wiggin (Ender's Game)

For any product and any company, the ability to iterate is absolutely key. Build stuff in your own backyard, bash it to pieces, break it as often and as strangely as you possibly can. Once you’ve fixed everything internally, it should be pretty resilient when it hits the public view.
- Robert Neckorcuk (ArenaNet Platform Team Lead)

The hero sought to save the world. "If I keep trying, I'll be able to win," the hero thought. But the harder the hero fought, the further the world seemed to tumble away. Drowning in doubt, the hero could not even save themselves... Hero, if you still believe in a brighter future, hold in your heart a thorn that can pierce all doubt.
- The Sword Regrown (Guild Wars 2: Heart of Thorns)

Greymalk: Hard times really do bring out the revolutionary in a person, don't they?
Snuff: I'll give you that. Also, sometimes, the cynicism.
- A Night in the Lonesome October

Sky's the limit when you don't give a shit!
- JonTron (https://www.youtube.com/watch?v=jHepjitYJmM)

Freedom. The fatuous jingle of our civilization. But only those deprived of it have the barest inkling of what it really is.
- Timothy Cavendish (Cloud Atlas)

I know there's one guy in the comments right now going, "I'm not buying one unless it plays the Apple Pippin." Fuck...
- The Retro Future (youtube.com)

Happiness is the side effect of one’s personal dedication to a cause greater than oneself.
- Viktor Frankl

Don’t brag about morals until you have money to fund your temptations. There are many things hidden in poverty.
- Faisal Dangote

He was trained to kill. You seem trained to drink. Yes my friend, you would have fought very bravely, and died very quickly.
- Diego de la Vega (The Mask of Zorro)

Captain Harrison Love: Ignore him, gentlemen. He's a common thief.
Three Fingered Jack: Ha! As common as they come, but I ain't nothin' compared to you "gentlemen". I steal money, I steal gold, but you? You steal people's lives.
- The Mask of Zorro (1998)

Like an angel from the underworld. Or maybe a devil from paradise.
- Faye Valentine (Cowboy Bebop Episode 26)

My village saw many wars... Turkish, german... They all made a mess... And my mother, my mother, she said, "We're lucky! We're lucky to be alive!" And I thought, "We're not lucky to be alive. We're not lucky when they're telling us where we should live. What we should eat." Nobody has that right... We came here for you, so you could live. I gave you life so that you could live it.
- Maria Portokalos (My Big Fat Greek Wedding)

Men have this idea that we can fight with dignity. That there is a proper way to kill someone. It's absurd. It's an aesthetic we needed to endure the bloody horror of murder.
- The Jackal (Far Cry 2)

If there's one thing I've proven, it's that you can count on me to pleasure myself.
- Tony Stark (Iron Man 2)
Click to expand...

Arnox said:
I also excluded ones you guys have already heard before.
Click to expand... 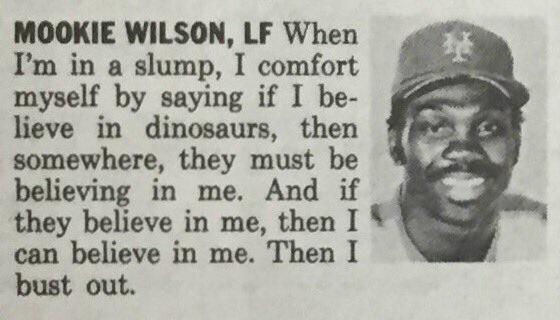 Hopefully Houseman doesn't get mad at us.
-

No, I agree. Computers are hard. 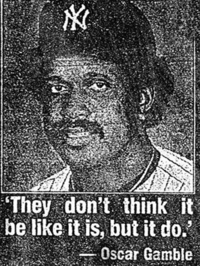 "Don't Worry about it too much. There are a lot of strange things in this world. The umbilical cord I keep in a box in my room... Lately, it's started to smell terrible..." (Silent Hill 4)
Share:
Email
Top