Should I go full-time for Sanctuary?

So this semester's going to be ending in a few months here, and once a bunch of personal shenanigans that need to be taken care of right after are out of the way, I'm going to have a LOT more time on my hands, and hopefully much more financial resources too. I have been wondering a lot though if college is really the best pathway for me.

I've always wanted so dearly to make a difference in this world, but in an intellectual and communicative sense. Specifically with this site, and I believe in it just as strongly as I did ~8 years ago. Up till now though, my attention to this site and the funds I've devoted to it have only been a part of what I do and have. A substantial part, yes, but just a part. And even less so now that school is sucking up my time and even some of my money. But to make a difference, I may need to devote a lot more in order to see this dream through. The thought actually excites me but it also, of course, makes me worry.

Besides the obvious major increase in time spent maintaining, promoting, and developing for Sanctuary, making this my full-time gig would also probably mean a major increase in funds for server power and storage. To do what with exactly, I'm not quite sure yet, but I can think of a ton of possibilities. What do you guys think though?
-

What's your business plan? How is site going to pay your rent?
How are you going to attract users/customers? It hasn't been going great so far.

Unless you can answer these questions to your own satisfaction, I wouldn't advise it.

Houseman said:
What's your business plan? How is site going to pay your rent?
How are you going to attract users/customers? It hasn't been going great so far.

Unless you can answer these questions to your own satisfaction, I wouldn't advise it.
Click to expand...

I have enough extra every month to put a lot more into this site, financially. Rent for me is not gonna be an issue. If it was, I wouldn't have brought this up. Normally that extra I would just spend or stash somewhere, but doing this full time would make it to where a huge chunk of it would now be going to Sanctuary for advertising, hosting costs, and etc. The plan is to expand in staff, in advertising, and in the coverage of services that we offer. I also want to talk to an old friend and see if he's alright with accepting a small paid gig on the side.

All the details aren't worked out yet, but right now, I'm just deciding whether to even start this up or not. There's a lot of time though to iron things out before next year hits.

One of the very annoying things I have to contend with actually isn't finances per se, but maintaining my anonymity. I could find help pretty damn easily if it wasn't for that, and even potential members, but since I need to be anonymous, everything has to be done remotely, and that sucks ass.
Last edited: Oct 29, 2021
-

Arnox said:
I have enough extra every month to put a lot more into this site, financially.
Click to expand...

Where does the money come from? A job? If you have another job, then it can't really be said that you're doing this full-time, can it?

Houseman said:
Where does the money come from? A job? If you have another job, then it can't really be said that you're doing this full-time, can it?
Click to expand...

I'd rather not talk specifics about my life, job wise, for typical anonymity reasons. With that said, I suppose technically it wouldn't be considered "full-time" in the official sense, yes, but the point is, if I did this, Sanctuary would be getting a whole lot more money and attention from me.
-

Following your heart leads to a looping circulatory system 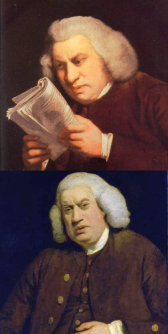 Arnox said:
With that said, I suppose technically it wouldn't be considered "full-time" in the official sense, yes, but the point is, if I did this, Sanctuary would be getting a whole lot more money and attention from me.
Click to expand...

If you want to drop out of college, and take on part-time work to support yourself and this website...

What if the website thing just never gets off the ground, or goes anywhere? In 5, 10, or 20 years, will you be okay with where you are?

As long as you can answer those questions, as well as the questions I asked earlier, and be at peace with those answers, then sure.

I think it would be a very bad move. Do you actually make any money off the site? If so I can't imagine how, the forum activity isn't exactly booming.
I don't know how you plan on making money off the site, but websites are definitely not a great source of stable employment. If you are going to college for something practical and in demand you are better of finishing that and getting a stable job somewhere, if it's something useless like the arts then drop out and get a trade instead.

Just keep the site as a hobby unless it really kicks off and you are making 6 figures a year.

Drathnoxis said:
Do you actually make any money off the site?
Click to expand...

Nope. It's actually a complete financial liability to me. Has been since the beginning. But that's alright because I built it specifically with the assumption that it wouldn't make money. Or at very least, it wouldn't until we got a large enough user base.


Drathnoxis said:
I don't know how you plan on making money off the site
Click to expand...

I plan to not make any money off the site at all until the site reaches "critical mass" in terms of users where the money I contribute to keep the site running is no longer enough to sustain the content that we're hosting and will be hosting in the future. After that, donations should be fine. And if we get so popular where even donations aren't enough... Well, that's a very nice problem to have and one we'll solve when we actually get to it.

Another thing to keep in mind is even if this site reaches a million users and then goes down completely and utterly for whatever weird-ass reason, it kind of doesn't matter, because by then, we will have ingrained into the minds of everyone that the format we have set not only works but is a better place to chat and communicate besides just fucking Twitter and Reddit and Facebook. So even if at that point Sanctuary fails, it will still have succeeded. 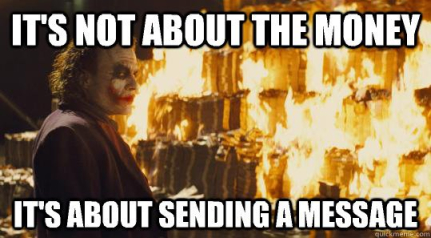 If it were me, I'd keep the site going as is but focus on something like youtube/odysee etc to build an audience and have this as an addition to that, But I suppose it also depends what you want this site to be and where you want it to go.
Going to agree with Houseman and add that, Ultimately, only you know what the right choice is
God's in his heaven. All's right with the world