PSA: How to Downgrade from Firefox Fenix to Fennec

Today, I woke up to a lovely little update on my phone. Apparently Mozilla decided to force a mandatory update onto all Firefox users that switched them from the old version of Firefox mobile (Fennec) to a jank ass version of it (Fenix) with a whole BOATLOAD of features gone that are "currently in development" for this version. In addition, the entire about:config page got axed in any version that isn't a beta or a nightly build. 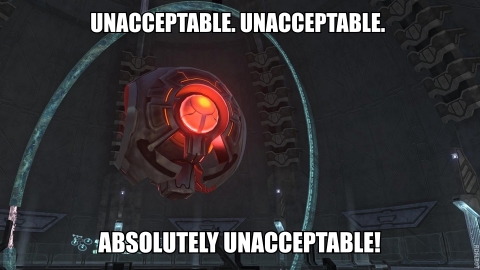 Thankfully, downgrading is a relatively simple process, though annoyingly, you will need a Firefox account to migrate your history and etc. back to the old version. There's probably a way to do it without signing in, but I couldn't be arsed and just wanted a smooth transition so I could move on with my life.

Done! You will still need to reconfigure a few settings though if you had them changed in the past.

See, this is why I'm so leery of auto-updates. You never know when some monkey developers or executives are gonna push out some bullshit that breaks or even flat out removes something or some things you had working perfectly before. In relation to this, there's a rule that Linus Torvalds set regarding Linux kernel development. It's the very first and most important rule. DO NOT BREAK USERSPACE! I think Silicon Valley should try learning that damn rule. Would be nice.
Last edited: Aug 28, 2020
-

Here's an update as to an actually good explanation about why Fenix released the way it did from a Firefox dev, in case anyone cares.

Arnox said:
But the thing is, it's not that there's too few people working on mobile Firefox. That's not the issue I see at all. The issue is, why did they decide to cut off about:config and full add-on support from the stable branch? When users brought up their complaints about all this last time when Fenix was pushed to the release branch, the response was basically, "Deal with it," instead of reverting back to and supporting Fennec longer and keeping Fenix in the oven until it was truly finished.
And thus, that's the issue I see. Not the manpower, but the decisions the mobile branch has made that actively hurts the end product for seemingly no reason at all. So, if you have any sway whatsoever with the other Firefox devs, could you please try to convince them to at least bring those two features back to the main release branch?
Click to expand...

How do you figure Fenix would ever get released at all, given the rate it's going now, if they also had to focus on supporting all the useful about:config options, every addon API Fennec addons rely on, and all while also maintaining Fennec at the same time (and not having more developers to do any of it)?
These decisions weren't made simply to spite users, after all. They really were made because we only have the resources we have, not the resources we wish we had.
Likewise, as for convincing the team to bring those features back, I don't have to. They aren't unwilling, they just haven't gotten around to them yet. And they won't get to them any faster if they also prematurely enable unsupported, untested options on the main release and have to contend with the influx of bug reports about that.
At best we could try to explain to them why their priorities are wrong, and why they should not be focusing on making the basic browser work as well as possible first, but should instead focus their energy on addon APIs and more obscure about:config options. But that will require some very compelling arguments which I'm afraid I don't have.
Click to expand...

Drathnoxis said:
I switched to Waterfox years ago when Mozilla pushed an update that broke all my legacy addons
Click to expand...

Oh yeah, I remember that shit. And the only workaround was a super clumsy developer option where it would allow installation of outside add-ons only for a day.
-