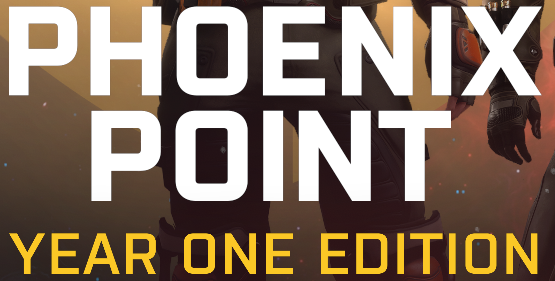 1/10
Otherwise known as Fist, Crotch, Thighs is a turn based tactical squad management game where you shoot stuff with a chance to miss.

There was a bit of drama about it being an Epic Games exclusive for a year before being released on other digital storefronts. Something about donations being made and false promises I think? Didn't read much into but you should be mad probably.

This game tries a lot and is fairly mediocre all around for it.

The circle system is good. Bullets cannot stray from the circle so there is no chance to miss if the circle is full.
As you can see there is body part damage. You can disable legs to reduce movement speed, disable arms to render weapons useless or destroy the weapon itself.
Circle system does not work for melee. Melee is just position based with some RNG as far as I can tell.

Everything else rather sucks. Each unit has 4 action points to spend per turn for various actions. Each class has their unique skills and weapon types.

After a set time recruits are made available for you to hire. They come level 1 and have no equipment. They just cost apples though so not a big deal. You see how the top one only has two skills? Some units just have 1 so sometimes you just get inferior units for no reason. Sometimes the recruitment screen just has 1 guy on it. You can reload or deal with it. Recruits don't refresh until like a week of ingame time goes by. Game does not respect your time.

You can recruit from other factions but they cost a significant amount of resources to hire but they do come fully decked out with gear and maybe even a level or two.
Went the entire game without crafting any armor as it just cost too much. You are god though and have teleporting powers which lets you unequip your heavy thrusters in Africa to equip them on the guy in North America. The catch being you can't teleport people.

Say hello to the factions.

They all bitch at you when you answer their questions which never stop. Do enough favors and you'll get access to their tech tree and their own individual resolution to the monsters.
Phoenix Point doesn't have a unique ending sequence themselves...
Monsters are the highlight of the game. They makes neat noises, they offer unique challenges in combat and they die good. Sadly there is only like 6 types with several variations that just have higher numbers. There are also humans but they hardly show up aside from story events. Makes the game a mirror match when they pop up.

This be your base screen.

There is no proximity effects. Those greyed out blocks? Not unlockable. See the hangar? Outside of some random events the transport vehicle cannot take damage making it rather useless aside from the vehicle units you can take into battles.

This is a factions base.

All the info on the left is suppose to reflect the health of the place. I haven't seen one "die" without being attacked though making it also rather useless. When the base is attacked one of its square locations gets a red highlight at random which determines the map for combat.

Combat is solved. Assaults for movement. Snipers mixed with Infiltrators for +300% damage and heavies to jet pack to high ground to maybe shout. Priests do get relvant latter on for their mind virus guns. You could either shoot an enemy with 2000 health and 40 armor per body part or shoot them three times with the viral gun. Otherwise lasers are relevant for about 80% of the games.

Story is dumb and unsatisfying. I had a story mission with Tobias West himself, the leader of faction New Jericho, where he died on the third turn after trying to shotgun a +300 health unit over 20 squares away. Mission didn't fail though so after completing it he is alive again thanking me the help. Voice acting is well done but the overall direction of the story leaves much to be desired considering the Cthulhu shit going on.

Overall I got lots of "that was bullshit" vibes.
Bullets would catch on invisible ledges. Explosives would not destroy terrain much less walls. Get shredded by a machine gun over 30 squares away. Get 1 hit by a melee attack on my heavy unit while he is a complete floor above the enemy. Glass windows completely indestructible to bullets, sometimes. Lots of crashes in menus. Crashed so bad once it broke itself and made CPU usage spike. Had to uninstall/reinstall the game and update my graphic driver settings to get it back to normal again.

Despite being a game about tactics it all just comes down to "how fast can I eliminate the enemy while not taking damage". The answer to that is to use the best weapons but that'll eat into your resource pool. Can't even enjoy yourself for obtaining ulltima weapon per the tax.
No fun allowed.

Never heard of it until just now. I'm sorry you had to go through all that.