In response to this video: https://www.youtube.com/watch?v=fQ4H0hOw0qE

Ok, so here's the thing. For the majority of this video, he's not wrong. But he's also missing a few huge issues. But let me back up a little first and clarify my position on this here. I wouldn't mind the Flood coming back at all... IF we got another PROPER third faction that isn't yet another offshoot of the Covenant or Prometheans. When Halo 4 debuted the Prometheans, the heart was there, but they weren't really properly executed at all, and they fell flat as a result, and Halo 5 sure as fuck didn't help that. So, for them, I think for better and worse, that ship has sailed.

Now, I do understand why he's asking for the Flood to come back. Again, he's not wrong where Halo has been missing an interesting third faction for a long while now, and the easy (and lazy) answer to this is to simply reintroduce the Flood, but I don't think this is going to go the way he thinks this will. Or at least, not all the way. Yes, bringing the Flood back will get that third factor in the story and gameplay. But that's the thing.

We've seen this all before for the most part. We had 3 full games dealing with exterminating the Flood. We finished that fight. To bring that back, while it would work in the short term, would feel like we're just rehashing more old stuff because we can't think of anything else. The Flood 2: Electric Boogaloo. No, we can do better than this, and we should. And there's another thing too. I never really liked how overpowered the Flood were portrayed to be in the lore. If you read the books, it tends to border dangerously close to absurdity. The Flood work best when they're just space zombies that were created out of sheer rage and indignation. They can be powerful for sure, but making them nigh invincible doesn't do the devs or the players any favors. As an example, one particularly stupid piece of lore is the "Logic Bomb". The Flood are so SUPER DUPER SMART that they can talk anyone into joining them or at least acting way against their normal behavior. 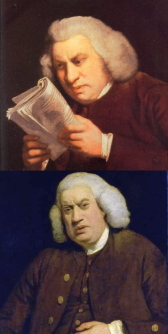 With that out of the way, first, we need to isolate roles. What roles do the Covenant and its offshoots have? The Flood? Humans? Prometheans? What worked and what didn't work? And finally, and perahps most importantly, what gap could be filled with another faction? That is the most important because that space where no current faction excels will define this new faction. It will define their behaviors and their subsequent forms. And then, once this new faction is defined and fully introduced in Infinite, THEN the Flood can perhaps make a comeback. Doing the Flood this way would be advantageous too because now the Flood has a new contrast. A new enemy to fight. Or perhaps a potential ally? Who knows!

As a final thing, let's just make an example faction. This would be something I'd be pretty interested in, but I also kinda pulled this out of my ass, so it may have issues. Now, we know that the Flood stems from the Precursors, and obviously, the Forerunners were fighting this transformative plague for a long time, but it seems strange that in all the lore (at least as far as I know), there doesn't seem to be any time where they tried to fight off the infection using biotech. It may not have been (entirely) successful, but there should still be something. So let's say for a second that there was. Maybe the results did fight off the Flood but had to be shelved anyway because it just wasn't getting them the results they needed fast enough and/or had too many potential complications. What would happen then if a faction, accidentally or otherwise, released the results of those biological experiments?