Why Did the OGL 1.1 Backlash Work?

So I think by now we've all heard about the shitty new OGL 1.1 and how community retribution against it was swift and crushing, and even further, I'm pretty sure the community (rightly) wants to make an example of WotC/Hasbro at this point, even if Hasbro totally backpedals and returns to the old OGL 1.0a. That's not really why I made this topic though. Instead, I wanna ask a question few people are bringing up, if at all.

In the """AAA""" gaming space, there have been many terrible game releases along with outcries about them, but when it comes time to boycott the products and hit the company's bottom line, the outcries have generally been ineffective. Why? I have a theory... 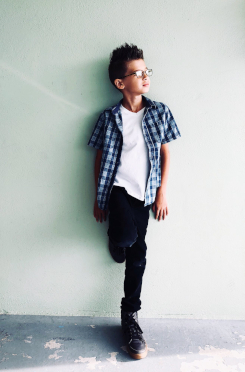 These fuckers right here.
Although D&D has definitely gotten a LOT more popular through the decades, it has still mostly remained the purview of grown-ass adults. Of course some kids play D&D too, but I'd be willing to bet $50 hard cash that the entire TTRPG market is majorly adult-leaning. And the thing about adults is they actually have experience with the market they're interested in, and further, actually have two brain cells to rub together. If I was forced to speculate further, I'd also posit that the market has a big chunk of nerdy middle-aged well-educated adults in there as well. And that's why when Hasbro tried to take the ActiBitch approach, it completely fell on its face this time, because their market, unfortunately for them, actually can say no and also refuses to be dicked around and manipulated.

Now, this isn't to say that the TTRPG market is inhabited by these flawless master-race consumer gods who can't do wrong. The point that I'm making is simply that when a company's marketbase isn't composed of easily manipulated immature toddlers, there's a LOT less leeway with what they can get away with in terms of scummy practices. And that is the lesson.
-

What used to be companies making passion projects & products, have been pushed aside by greedy and profit-maximizing corporations. They have many means and ways to get around troublesome individuals with their army of lawyers and psychologists. No need to wonder how the globotocracy took over, as they either just bought the company outright, or utilized their PR and marketing departments to wrangle inferior products through hype.

This is an interesting watch that showcases the monetization in videogames: https://www.youtube.com/watch?v=g16heGLKlTA

Included are examples of FOMO (Fear of missing out), Selling Piecemeal Frameworks (for MTX & DLC), Habit-making (Timers and P2W), and much more.

So, in the end, I guess I'm blaming both consumers (for falling for it) and "producers" (for implementing them) equally. Heck, thrown in Governments for not stopping shady practices too.
Today's Science-Fiction, Tomorrow's Reality.
Share:
Email Link
Top