This sword will kill anyone, even on Peaceful (Sanctuary MC Server)

After about a week of grueling work, research, and final construction, I have successfully forged in secret an almost completely unbreakable weapon of malevolent destruction. 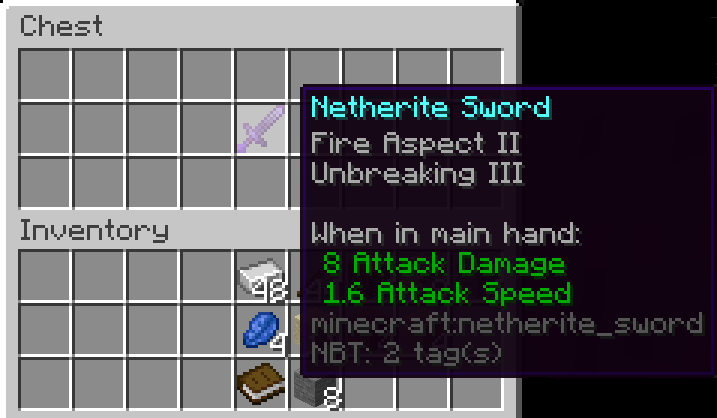 Behold its unholy glory, born from the depths of the Nether and born from a mind rather suited to destruction. It is so constructed that not even lava can rid the world of this abomination. It grants tyrannical power to all who wield it. Those unlucky enough to be struck by its black blade will find that their normal regeneration will be halted as their flesh burns in Nether fire. After only two or three good hits, only the very hardiest monsters of this world would be able to still survive.

At this moment, it is in the very final stage of completion. It only requires one last enchantment to make it truly endless in use, but this dark weapon needs no such enchantment now in order to bestow chaos and ruin upon so many. Thankfully, its maker and current owner has seen fit to seal it away in a secret location. Pray that it may never be taken out of hiding, for anyone that wields it is susceptible to its corruption.

gaijinkaiju said:
Would be a shame if you were to fall into the void *cough cough*
Click to expand...

Killing me will bring thou no closer to the sword.
Share:
Email
Top