We were watching the Super Bowl here in Tucson, Arizona, and the Arizona Cardinals and Pittsburgh Steelers were playing. Quite unexpectedly, the signal flickered and what I instantly recognized as pornography (nothing graphic had happened yet) popped on the screen. My mother and father were the only ones present and this created a dilemma.

My parents are Catholic but in different ways. My mother is a Rosary-saying, Holy Days of Obligation observing, hang of picture of Jesus in the hallway Catholic. My father is traditionally Catholic, in the sense that his parents were and it has been this background pattern for his whole life.

"FOR THE LOVE OF ALL THAT IS HOLY CHANGE THE FUCKING CHANNEL."

"PACO!" says my mother, really upset at the really emphatic "FUCKING!" in my exhortation to please change the channel, please just do what I say, please, this is going to go very sideways fast. Dad, please, dad, just....oh great now he's really interested in what I'm flying off the handle about. He has leaned in.

"Lord," (I am thinking), " Now would be a good time for the whole opening of the Seals thing; it would be the ideal distraction."

Long story short my mother found it and treated it like the Rapture, throwing holy water around the house (I am not making this up), and praying and basically telling me I was hellbound and would our mother-son relationship even survive this. She actually called our pastor in to bless the house to rid it of the filth I'd brought into it. (This was mainly a compendium of stupid fake "letters" with grainy black and white photographs of an R-rated nature culled from old editions of Penthouse. The irony was, I'd put it in the safe in my computer desk, and hadn't even looked at it yet, save a cursory glance to see what it was after it almost killed my friend.)

That night when my father came home, my mother had me seated at the kitchen table and with an air of grave seriousness and recrimination at the iniquity I had brought upon the house seethed, "LOOK what your SON BROUGHT HOME." By son she meant, supplicant to Satan, the prince of darkness.

That is when my father fucked up big time. He fucked up in a way which saved me from the fires of penance my mother would undoubtedly demand.

See, he flipped through it, looked at me, shook his head, and said, "Don't bring this in the house" and got up to go change out of his work clothes and this is when WORLD WAR 3 started between my parents.

My father had misread the gravity my mother assigned to the situation, and now he would pay. And pay he did. I fully expected him to use the Transitive Property and unload on me for the trouble I got him into but to his credit he never did. My mother lost it at my "lax" father and his tolerance for my FILTHY SOUL.

Anyway, remember how this started with the broadcast signal intrusion, if anyone is still reading?

The cock comes out. I know somehow I'm going to be blamed for this because all three of us are remembering THE INCIDENT with Penthouse Letters and I know I'm going to have to explain how "I can name that tune in 1 second" when it comes to video pornography. My mothers know I work in "something having to do with computers," and I just know she's going to somehow blame me for it.

So anyway it flips back after - the Wikipedia article says 28 seconds; I would have guessed, oh, three hours, but it says 28 seconds and who am I to argue with Wikipedia.

There is silence in the room.

What is your favorite or most memorable signal intrusion?

Could be television, radio, or even a particularly memorable defaced web page. Could be someone who hijacked the PA system in your school or at a sporting event.

The most famous one, as you all probably know, is the Max Headroom one: 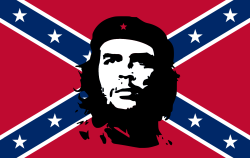 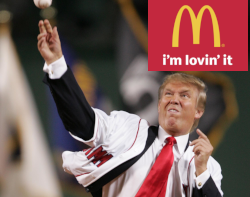 Since I'm from the TOTSE crowd, my answer for favorite signal intrusion is naturally going to be that to-this-day mysterious totsean changing an electronic road sign to advertise the site and drop an F-bomb in the process.

There's some guerilla marketing for you. As time passed though and Sanctuary was made, I've been tempted to do a modern signal intrusion and "raid" one of these dumb-ass social media sites like Imgur, Reddit, or Twitter (Reddit especially), but at the end of the day, as hilarious and satisfying as that would be, I want to be the better person here and do things legitimately.
-