Dusting off my molotovs 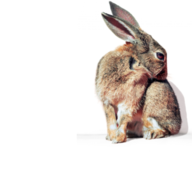 For those who know, I was Takeikin on &T, where I posted sparsely, and Jack on &Z where I posted a little bit more, but not to where I'd think anyone would really remember. No BI kidiot stuff here except I liked nightops. Mostly BLTC and the tech boards I guess.

Anyway, I play Rocket League (plat) and CS:GO (silver/wood), and I used to play and operate some servers for AssaultCube, which resembles CS 1.6 but probably less interesting.
I always play competitive and take it incredibly seriously but I also have grown to enjoy the learning process of failure. This is fortunate, as I've probably peaked and plateaued by now, lol.

I'm going to admit, I have some major reservations when it comes to old &T members. BUT as long as you follow all the rules, you are definitely welcome here.

So, were you around then when Zoklet finally shut down or did you leave the site earlier?
-

Yeah, I've read that and some other posts. I don't plan to bring any of that here, but then I was never that kind of poster anyway.

Let's see, Sept 2014? I suppose I would have still been around, but probably not very active as I would have been busy with a new job I'd started at the beginning of the year and I think I didn't have consistent access to a decent device at the time. I tried to follow the splinters later but pretty much gave up. NIS is overall underwhelming, a bit tragically tryhard.

The members certainly are. Admin though isn't trying hard enough. lol But then again, after 5 splinter sites and none of them being able to manage that userbase with any degree of rules, the current zoo that they have is probably the absolute best thing for them. Another thing is how old TOTSE members are treated like royalty there. Sort of. There's an awful lot of, "Oh, I visited TOTSE once when I was in kindergarten so I'm a real OG totsean," going around. It's very reminiscent of the medieval times where people would grasp at any possibility that they were of noble blood, no matter how ridiculous the claim was or how far removed they were. And then, of course, there's the fact that people at NIS are laughably trying their hardest to look like they don't care about anything.

It's a fucking clown world. And it makes me sad.

Ah well. In any case, we at Sanctuary are moving on and moving forward. TOTSE was an amazing thing, but sadly, no longer with us and will never truly be again. But that doesn't mean we can't learn from the past and begin anew with something fresh, and new people to indoctrinate teach. This is the way forward. Not sulking in the past.
-

It has a place in my heart but it was given notice to vacate my head quite a while ago. I'm also more interested in the freedom of speech and preservation of useful information than hax/dox/phreax/shoplifting, lol. So it seems this is conveniently the place where the intended spirit is to be found. I bet the Hacker's Manifesto resonates with this crowd just as well. I'm not sure about "Da Art of Burging" though, seems like that one could go either way.

[7] said:
I bet the Hacker's Manifesto resonates with this crowd just as well.
Click to expand...

I used to love it back when I was a kid. Now I find it too edgy, but the core point, that misjudgement too often happens to those who are seeking to broaden their horizons and learn more about the world and about people, is definitely a good one. Instead though, in terms of inspirational written works for Sanctuary, I will point to a letter penned by Jeff Hunter to the Contra Costa Times about an article that decried TOTSE as a dangerous terrorist site.


Jeff Hunter on July 28th 1993 said:
Jeff's Letter to the Editor of the Contra Costa Times

To Whom It May Concern:

As the System Operator of & the Temple of the Screaming Electron and
the network co-ordinator for NIRVANAnet(tm) I wanted to thank your
paper for the extra publicity that Michael Liedtke's sensationalistic
article "MODEM OPERANDI: Tips On Crime Go On-line" has provided for our
BBS network.

I helped to start NIRVANAnet(tm) four years ago because I wanted to
create a computer network where ideas, any ideas, could be freely
exchanged between people. I wanted to create a network that was open,
free, and easily accessable.

When you exchange messages with people on NIRVANAnet(tm), you do not
know the age, gender, race, religious affiliation, political party,
hair length, mode of dress, or sexual orientation of the person you are
talking to. Because of this, people cannot be pigeon-holed into neat
little categories and you end up learning an amazing amount about the
thoughts, feelings, and beliefs of a much wider array of people than
you would encounter in everyday life. On our network teenagers talk to
grandparents, bikers talk with born-again Christians, and Socialists
talk to Republicans. These people would never speak to one another if
they met on the street, but because they can use computers, they freely
exchange thoughts, ideas, dreams and hopes.

Mr. Liedtke stated that we are "Using the First Amendment as a legal
shield" and that "The bulletin boards remain open by straddling a fine
line between the legal definitions of free speech and criminal
behavior."

I'm surprised that a newspaper reporter, of all people, has such a
callous disregard for the First Ammendment. There is no "fine line". We
are not engaged in criminal activities, period. We are engaged in
speech, period. Speech is protected, period. When the day comes where
people can be imprisoned merely for what they say or what they think,
it's time to move to another country. As Pacific Bell spokesman Craig
Watts stated in the article "You can't prosecute someone for bad
thoughts."

The information in the "criminal" text files that Mr. Liedtke refers to
can be found in any well-stocked library, or ordered from any number of
book publishers in this country. Many of our files were found on the
Internet, a worldwide government/university/industry network funded in
part by the National Science Foundation.

The article also stated that "The Times isn't publishing the phone
numbers of the rebel bulletin boards as a children's safeguard."
Another reason might be that people would actually call the systems in
question and find out that Mr. Liedtke did not tell the whole story,
and as everyone knows, the most effective way to lie is to only tell
part of the truth.
Click to expand...

There are other replies to the news article as well that are pretty good too, but Jeff's response definitely stands out for me and sums up the rest of the replies.
-

You ever get any people from lainchan? I get similar vibes.

You ever get any people from lainchan? I get similar vibes.
Click to expand...

Nah. We've remained kinda small, sadly. I was going to pay for advertising the site, but recent financial circumstances have put a damper on that, so I try to spread the word that we exist through discussions, videos, and word-of-mouth. What really sucks though is that in order to keep my identity anonymous, I can't do any local advertising, which would be super easy and helpful, normally. So that's out.

As to the chans, nah, I don't really have a super great opinion of the format. Although it's ironic that you bring those up, because @Vendor-Lazarus here was telling me recently in the chatbox that a bunch of chans were getting spammed with CP (allegedly) in order to bring them down. Could be radical liberals. Could be the chans eating each other. Who knows? In any case, this was my response as to whether Sanctuary was vulnerable to such an attack:

Vendor-Lazarus:
You got any contingency plans for when/if this happens? https://communities.win/c/KotakuInAction2/p/15HvPlwLXZ/does-anyone-know-what-wakarimase/c

Sorry about the terrible formatting. It pasted that way and I'm too lazy to change it. lol
-

What makes you better than Hitler?
Share:
Email
Top