So yeah, I looked online after reading as to what people thought of these earlier books in the series and it turns out they have the same opinion I do. These beginning books aren't that great. I mean, they're decent enough, but It's not until book 4 or 5 where Jim Butcher finally hits his stride.

The overall concept is a very neat one. Not sure how original it is, but whatever. Who cares. Dresden himself is an interesting character right off the bat, although a bit stereotypical, with a ton of interesting ways to take his backstory, and thankfully, Jim doesn't disappoint in this while being sure to not give too much away about it this early in the game. The way the magic is setup thankfully serves the story and not the other way around. As a big fan of D&D, I actually have a pet peeve of magic systems in books being designed as if the author is making a tabletop RPG system. It's a rookie mistake where way too much thought is given to putting down these complex hard rules for magic instead of just letting it wholly serve the story they want to tell. You are writing a story, not making a game. The system doesn't need to be utilitarian. It just needs to make sense in the universe you set it in. In my experience, general magic in fantasy works best when it's used as a symbol for a big issue in real life or as a very interesting theoretical. (What if everyone was eternally young, for example?) But I digress.

Beyond Dresden's character, we have a lot less luck with the other characters in terms of how unique they feel. Bianca had potential but it was squandered a little in book 1, and a lot in book 3.


Bianca's motivations for going after Dresden in the extreme way she did made no sense whatsoever. She feels incredibly pissed off at Dresden for "forcing" her to kill her secretary Rachel, but although it makes sense for her to care somewhat about that, she also carelessly seduces and kills HUNDREDS of non-vampires for her own selfish desires. Why is Rachel different? Or more accurately, why did Bianca feel she needed to bring out the nukes for this instead of just hampering Dresden and getting in his way? Granted, evil can be very self-pitying, but this is absurd. The motivation for the punishment does not match the character at all.

Further, the WAY in which she goes about trying to kill Dresden and to make him suffer is laughably obtuse. I get that this is supposed to be a fantasy MYSTERY here, and maybe I'm just too militarily minded for this, but the roundabout ways she goes about her revenge almost smacks of a Dr. Evil plot. Dresden is a kinda powerful and resourceful dude, but he's not THAT powerful and is definitely a glass cannon here. For fuck's sake, I'm sure he could have been ended with a typical gangland drive-by or maybe just a good old mob swarm at the right time. And it's NOT like she didn't have the clout to command that hit. She absolutely did.
Dresden's also got this batman-style rule about killing people that's kinda eye-rolling. Admittedly, it's much more the White Council commanding that as opposed to what Dresden actually believes, but regardless, Dresden does seem to agree with this rule. It's a hypocritical and bullshit rule that feels like it's just there so that some villains aren't absolutely wasted within 50 pages of each book. Perhaps a much better version of that rule would have been, "Do not kill anyone until full due diligence is done," or something to that effect. That way, the rule would have made much more sense while still serving the plot very well.

Speaking of the White Council, we never really see them or their involvement in anything. Admittedly, it's only been 3 books I've read so far in what's supposed to be a 25 book mega series, but I don't see any reason why such a prestigious and powerful group is so BAD at collaboration. Specifically, there just plain isn't any. The most we ever see of the White Council is its enforcer who is merely there as another factor against Dresden and nothing more. THIS is how this group is run? Total isolation until someone gets a magical parking ticket? Really?

There's also a lot of... Sexiness in the story. Not necessarily a lot of sexy times, even though there is absolutely that, but it does seem like every other character is this 10/10 supermodel woman. Which, I can't help but like as a guy. Sue me. I like sexy girls. But a part of me also wonders what the hell Jim was thinking when he was writing, "Hm. What character should I go with today? Should I go with the police supermodel? The reporter supermodel? The fairy supermodel? The vampiress supermodel? Maybe a goth-girl supermodel." And they all want that Dresden dick.

Finally though, we have the biggest issue with all three books.


Dresden Files has this bad habit of having everything turn to shit for Dresden, and then suddenly a deus ex machina happens and everything is alright again. It's very irritating and takes me out of the story. It ruins the tension and it feels like there's no real consequences. Thankfully, the 3rd book finally started to buck this trend with some actual consequences, but it's still not quite enough yet. Hopefully this will change in the future books.
All in all, it's good guilty-pleasure pulp fiction, but it's rather dark. Not QUITE dark enough to drive me away, but it's definitely kinda close, and the writing needs an overall upgrade before I seriously recommend it. At least from what I read of the first three books anyway. But... 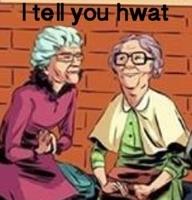 One thing I absolutely WILL applaude Jim for gladly is ACTUALLY GETTING MATERIAL OUT THE DOOR. Looking at you Patrick Rothfuss. I can say all I want about these books, but at least Jim has some real fucking writing discipline and isn't leaving his audience hanging for a fucking decade due to rampant perfectionism.