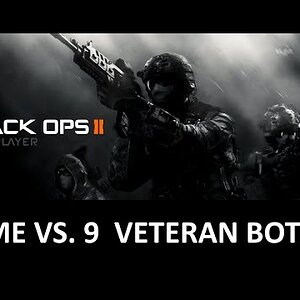 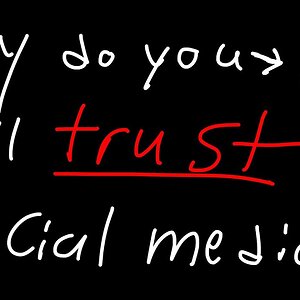 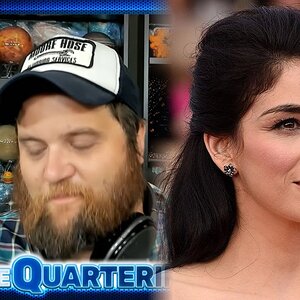 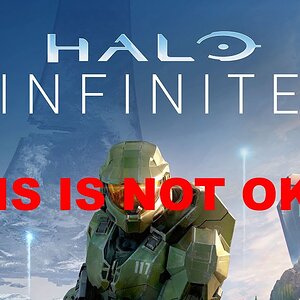 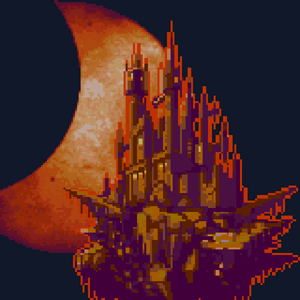 Halo Infinite is Not Alright (Response to The Act Man) [Arnox]

Creator's description:
The Act Man has stated that he generally agrees with the decision to delay all the features they said would be in the game at launch. I disagree and go on a tirade about Halo Infinite with my shitty mic quality...

Transcript:
Halo is NOT alright. More at 11.
The Act Man has pointed out a lot of legit concerns, but there’s an even bigger one that puts them all into perspective. Bungie’s Halo was ALL ABOUT pushing the boundaries of what could be done and never being satisfied with “good enough.” That idea was antithetical to them. “There are no two words in the English dictionary more harmful than, ‘good job’.” Bungie was not concerned with the status quo. They MADE the status quo. What they put out made Playstation blush with envy. But now? “Oh, we had to drop Elites. Also custom colors, co-op, Forge. And we made it fee-to-pay.” Old Bungie would have been LIVID at this.

I’m gonna go against the tide here and say that delaying these features instead of the game and just patching them in later was a pretty bad decision. Yes. It was. You only get ONE launch. And how that game launches will decide how people view the game even YEARS after launch. “But Arnox, what about No Man’s Sky? That had a really terrible launch but they made it work!” Ok, a couple points here. One, No Man’s Sky had to STRUGGLE and FIGHT an incredibly up-hill battle for YEARS releasing tons of huge updates and tons of free content without ANY extra game monetization. Two, No Man’s Sky should not be seen as a goal to strive for. That was a huge mistake that cost the company time, reputation, and money. Three, No Man’s Sky was the exception. Not the rule. “Don’t believe me?” Let’s look at Anthem and- Oh… Dead at launch… Well, how about Evolve- Oh that’s dead too… How about Lawbreakers- Dead. Can’t even play that game anymore. By the way, thanks for that, Cliffy B. Thank you so much for completely betraying your Unreal Tournament roots... What? I’m not bitter.

Halo deserves the absolute best from Microsoft here. This isn’t some no-name franchise nobody cares about. As said before, Halo was a trendsetter. But if this sloppiness continues, it will never reach the same heights that old Halo did. I want to quote Angry Joe here. (14:48) “Behave yourselves, Halo fanboys. Realize that I critique the game because I love the game. I want it to be better, and if you sit there and suck the game’s cock all day long and fondle its balls, then they’re gonna give you the same shit over and over.”

Yeah, it does take balls to drop bad news like this before the game launches, but I’d rather they not have to drop any bad news at all. I’m focused on the source of the symptoms, not the symptoms themselves. If a heavy smoker comes into the doctor’s office early and tells them all the health problems they’re having. Ok, that’s good that you’re getting help for this, but have you taken any steps to alleviate the source of the health problems?

If they’re struggling with adding co-op because they didn’t think about how being open-world would interact with that, then that tells me that there wasn’t sufficient pre-production work done at ALL, or there was but they just decided to ignore or change it halfway through development. Yeahhh… Not a good look. Rare could probably pull that off, but 343 has yet to prove itself. Also, co-op in an open world is not this incredible new thing. Saint’s Row 2 did it a long time ago.

Look, in the end, I don’t know who’s responsible for what here at 343 and co., but SOMEONE made these decisions. Doesn’t really matter who in the end. The end result is the same. So whoever’s making these decisions… Stop it. Right now.
With that said, I understand if they were trying to right the ship a year or two before all of this because things went off the rails, but some of these decisions don’t speak of troubled development so much as terrible management, with the fee-to-pay direction being the most infamous example. All in all, I don’t know what’s happening behind the scenes just like everybody else, but I’m 99% sure that some of this is just plain old incompetence and greed.

This may probably be the last video I make on Halo Infinite before launch but we’ll see. Until then, I will be here in my lair at Sanctuary to answer any questions or comments any of you have.
Click to expand...
Video is fine, but its more of the same on the opinions about the state of Halo Infinite overall. I think there really is not much left to say except pray to Odin that those jokers at 343 get their shit together.

Battousai said:
Video is fine, but its more of the same on the opinions about the state of Halo Infinite overall. I think there really is not much left to say except pray to Odin that those jokers at 343 get their shit together.
Click to expand...

Yeah. This is more a response to Act Man's ending optimism than anything and his statement that delaying these features instead of the game is the better move.
-