The Top 5 Graphics Cards I'd Recommend

This sort of links into a thread I already made about the best legacy card, but after thinking about this, I decided to just compile my thoughts on all these cards into one nice clean thread. May update this in the future. All graphics cards on this list meet a minimum performance standard, can display at least a 4k resolution, and support at least one digital output.

Ranked in order of release date...

750 Ti
+ Compact design
+ No external power needed
+ Good thermals and quiet fan
+ Driver support for EVERY OS from XP up
+ Analog outputs still supported
+ Cheapest card on the list
- No tensor cores or ray-tracing cores
- It's the weakest card on this list as well[1]
- Seriously, don't get this card if you've any desire at all for future-proofing

[1] It's still able to hold its own easily in old games, but anything recent, it will struggle pretty hard, and for a few new games, they'll refuse to even boot.

[2] Maybe not as power-hungry at all as the monstrous 30xx series from Nvidia, but it's still definitely a concern for some systems with limited PSUs. 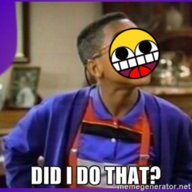 I have an RTX 3800, but after reading your compelling list, I guess I better switch to the 750 Ti.

Epyc Wynn said:
I have an RTX 3800, but after reading your compelling list, I guess I better switch to the 750 Ti.
Click to expand...

I'd buy my 1050 Ti again if this one ever broke, that's how good that card has been.