And now we come to it. The last and latest Windows version. And supposedly, this will be the last version we're gonna get. Now in the past, I've disliked 10 and have since moved away from it, but after 4 years of straight development time, perhaps it's finally reached a competent state? Can it go toe-to-toe with its Windows 8.1 counter-part? Let's find out already!

A note by the way about what "Full Default" and "Minimal" means. Full Default means I just clicked yes to all the defaults during install and configured nothing at all. Minimal means I've turned off all the graphical features and privacy settings plus a few other settings I think might interfere with boot time and/or performance. No third-party programs or scripts were used though. Internet was disconnected for both Full Default and Minimal.

Takes much longer to boot with just one core than with any other past Windows versions. Shutting down takes longer too. Performance literally is like running Windows 7 with 256 MB of RAM even though 10 has 4 GB of RAM. I could even say it runs just a bit worse.

Honestly, this entire session was so much more painful to do than with any of the other Windows editions. Although Windows 10 does seem to use less RAM than 8.1, the way it uses it is just... Miserable. It's so clearly behind in terms of performance, it's not even funny. I've also confirmed a small but annoying bug that's existed for me for a while. The Start Menu takes a bit to load up for seemingly no reason at all. About a second or two. In any of the other past Windows editions, the Start Menu opened instantaneously every single time. Now, on the surface, you may think this is just nitpicking, but considering that the Start menu is ONE OF THE MOST IMPORTANT AND MOST OFTEN USED features in Windows by far, this lag gets noticeable and annoying real fast. And then there's the default applications for opening music and images. They're both slower than their Windows Media Player and Windows Photo Viewer counter-parts for sure, and for seemingly no reason. Now you can use the old WMP, but getting the Windows Photo Viewer takes a somewhat complicated Registry editing script to bring back, so for this session, I can't count that.

At the end of the day, more than anything, I feel like I have to "deal with" Windows 10, rather than use it. It just fights the user on so many levels. And it doesn't even give any features in return that are really worth using. Now, what Windows 10 needs I think is a whole new redo. Something like 7 was to Vista. But since Microsoft has already stated they are not going to be releasing another Windows version (great idea, that), I think they should AT LEAST invest in developing something like a Service Pack 2 for 10. I don't know what Microsoft is doing these days with their Windows division, but they need to stop. 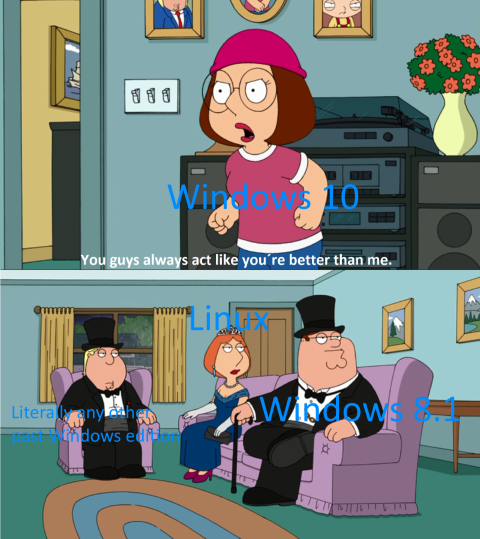